Hello, I just connected my discord bot to the uptime robot site to keep it active 24/7, but my boots were closing, I reported this to an official and told me something I had to get permission. 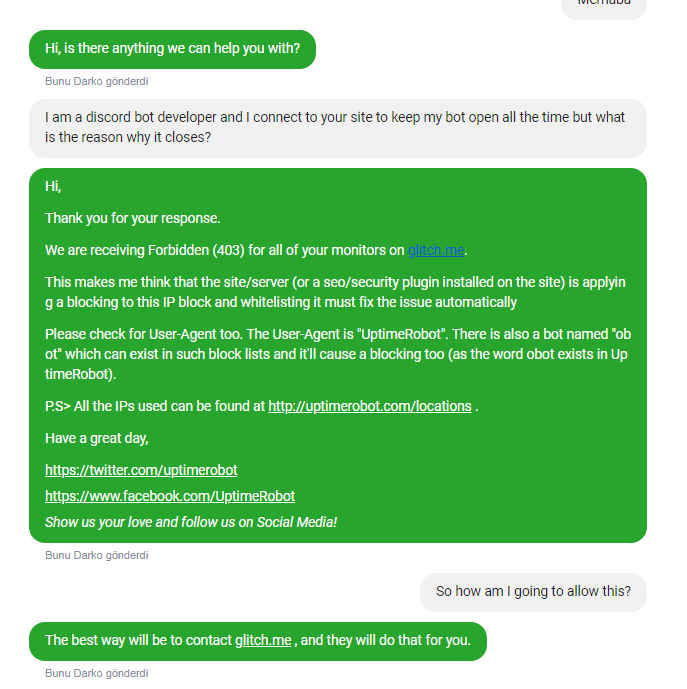 I want it fixed.

glitch has banned any way of keeping projects online by pinging, sorry but you can’t use uptime robot

glitch has banned any way of keeping projects online by pinging

That is not true. They banned pinging services most likely costs. (TL;DR) So that means that you would have to manually keep the project up.

That’s what he said?

yes, but pinging used to be a simple automated way of maintaining uptime, the reason they removed it was because it put too much strain on the servers.

the reason they removed it was because it put too much strain on the servers.

I already explained that, but something every Glitch user can agree on is, someone is going to make a rack full of servers running VMs that ping projects. It is just going to happen and is inevitable. And glitch can’t do much to stop it cause who ever would do that would be smart and most likely use VPNs.