Why can't I import js and css with express in node

The code I wrote for routing to the site was this.
app.get("/trolled", function (request, response) { response.sendFile(__dirname + "/trolled/index.html"); });
It won’t implement the css and js and in the browser console it shows this. 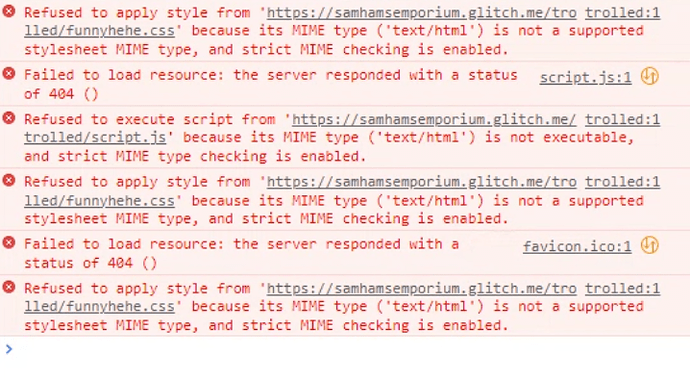 It’s because your server isn’t serving those files. You need to move funnyhehe.css and script.js to the public folder and inside a folder called trolled.

The index.html in the /trolled file or /public file?

Never mind, Just had to remove the / thank you for the help