When I last left off, I expressed my concerns about building software from nixpkgs’s stable 22.05 release on Glitch. Here’s a report on what happened with those issues I was concerned about and more.

nix copy and nix show-derivation harder to use

They were actually very friendly about this. When you try to run one of these commands, you get a helpful message:

I went and put those darned --extra-experimental-features nix-command flags everywhere, and things mostly went back to working.

This indeed didn’t work on Glitch, as predicted. It broke all sorts of threading related stuff.

I couldn’t find any patches for this from a web search. I think by the time glibc started using clone3, various container engines had already corrected themselves to use the proper ENOSYS error code instead of EPERM. So I ended up writing up my own patch very similar to the faccessat2 patch from Red Hat.

I continued to include that glibc patch by Red Hat, which makes glibc use its fallback code on EPERM in addition to ENOSYS.

These are old problems, but I might as well record that they still happen. The tests for these libraries try to set a thread’s CPU affinity, which isn’t allowed on Glitch. The tests fail, and, as a result, the packages fail to build.

I’ve compiled these outside of Glitch instead.

Nix uses the AWS S3 SDK for certain “upload packages to the internet” sort of features, so we’ll have to avoid using those. This project uses a custom solution which only relies on Nix’s plain HTTP cache, and things seem to be working.

That happened, but I couldn’t reproduce it reliably outside of the build process. And without being able to reproduce it, I couldn’t figure out what exactly was experiencing this “Operation not permitted” error.

I worked around this by building this package outside of Glitch.

That’s right, you can’t ptrace on Glitch. But if we were allowed to use ptrace we could just use PRoot and not even worry about compiling nix for a different store directory. Nevertheless, 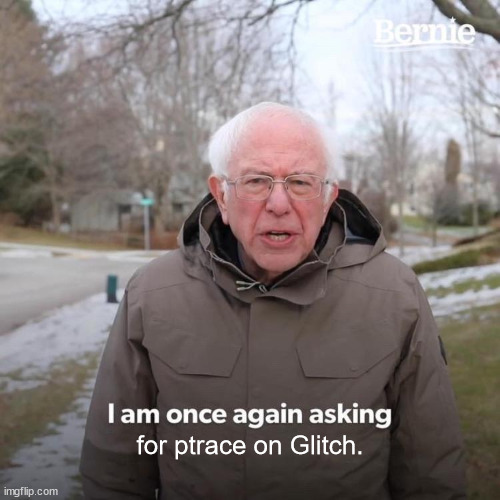 Anyway, I compiled this outside of Glitch.

Apparently for some time nix couldn’t download things from FTP. This doesn’t often come up, because most packages describe how to use curl to download its sources. The “built in” downloader is only used in some select packages early on in dependency graph. file happens to be such a package which specifies an FTP URL.

Files downloaded from the internet are stored in a content-addressed way, so you can download them from anywhere and nix will always put it in the right place. I worked around this by downloading a copy of the same file over HTTP instead.

Later versions of nix, including the version built after the challenges described in this post, no longer experience this issue with FTP downloads, so we shouldn’t have this problem in the future.

I worked around this by building these packages outside of Glitch.

Note: Some issues, including this one, aren’t involved in building nix itself. Instead, they came up in building other packages. I’ll mark these based on my recollection.

(This one came up when trying to build emacs-nox.)

It turns out there’s more in this version of glibc (Yeah, glibc not glib as in the heading. Unfortunate about the similar naming

.) that breaks. This version of glibc now exposes close_range, which glib uses. And as with all these newfangled syscalls, close_range is giving EPERM on Glitch. But one thing we’re quite lucky about is that this gets caught in glib’s own test suite.

Searching for that “Failed to close file descriptor for child process” message takes you almost directly to a close_range call. Very nice design on glib’s part

Unlike what glibc has done with, for example, faccessat internally attempting to use faccessat2 and falling back to jankier logic if it’s not available, all glibc does is expose close_range directly. It’s up to the code calling close_range do handle ENOSYS. And thus the check for ENOSYS and the fallback code are in glib.

I worked around this by adding a patch to glib, again similar to Red Hat’s faccessat2 patch.

llvm working, but being a tense day

I saw someone else expressing the sentiment that nix after 2.3.x suddenly had a lot bigger build dependencies closure, but now I can’t find the link. Possibly related to this " Any consensus on documentation generation tool for nixpkgs manual? - Documentation - NixOS Discourse ." Anyway, that’s indeed the case, with nix 2.8.1 which ships in nixpkgs stable 22.05. For one thing, it now needs LLVM.

By the way, it needs LLVM for Rust, in order to build mdBook, in order to generate nix’s documentation files. It’s not even needed at runtime

Building the llvm package actually works. But it takes about 9 hours 38 minutes (unboosted, /sys/fs/cgroup/cpu/cpu.cfs_quota_us:100000). That’s a tense time making sure you always come back to wiggle the mouse every half hour. If Glitch could please Warn us if our editor session will go idle 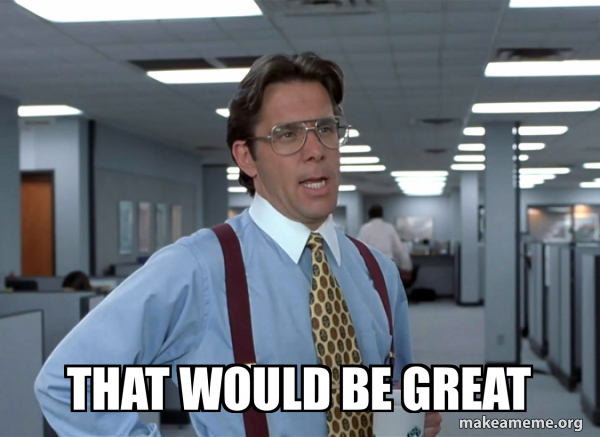 Oh there’s also this really scary time during the tests where there’s no output and no CPU usage for several minutes. I have no idea what it’s doing during that time.

I found an issue in a package called “mailcap,” which is more or less a file containing information about MIME types. The only building involved is to download a release archive and extract it. Due to that being so simple, the exact output is known, and changes to the script that nixpkgs uses to build this package won’t invalidate any caches of the finished package.

It thus went unnoticed when some changes to the build script really did cause the build to break. We only know because we’re building for a different nix store path, which causes nix not to use the cache of the normal “/nix/store” version that’s readily available online.

Because the package has exactly known contents, I was able to work around this by downloading the “/nix/store” version from a public cache, extracting it, and importing it into our “/tmp/nix/store” store.

I believe the nixpkgs maintainers have since fixed the build issue, so we should no longer experience this in future nixpkgs releases.

(This one came up when trying to build graphviz-nox.)

It looks like some of the tests need IPv6, and we don’t have that on Glitch.

I worked around this by building this package outside of Glitch.

Imagine if software made people happy.