Happy Friday everyone - I wanted to try something new with the Glitch forum by introducing open threads - they’re often my favorite kind of threads on other forums and blogs I follow!

Some prompts to get us warmed up:

I’ll get started by introducing myself: I’m Jenn, I lead community at Glitch which joined Fastly a few months ago. I’ve been working here for over 5.5 years and - fun fact - my avatar is a pixel art self-portrait of me surfing a Dorito. I love chips and I’ve never surfed in my entire life.

Hi everyone! My name is Stefan and I use Glitch for making creative Twitter bots and other personal projects.

I haven’t been as involved here as in the past, but it’s great to pop in occasionally and seeing a vibrant and creative community.

(what’s this crown?) and I’m a student at Lisbon, Portugal.

Hello! I’m Stilic, a french developper!
I maintly do stuff like coding some little tools and websites. (but actually, I am on my Friday Night Funkin’ period, so it explains why I am not active that much here)

Oh nice, just looked up that game and it turns out it was first created Ludum Dare! The next LD is happening in just a couple of weeks, for anyone here who may be interested in a pretty exciting weekend game dev session!

I’ve been going by my GitHub username wh0 after having clicked a “sign in with github” kind of button a long time ago in a galaxy far far away.

Not back to school this year! I graduated during the time I’ve been using Glitch.

When things got kind of hairy in 2020, I told myself that if Glitch could survive this Discord bot apocalypse, I would make something special for it. It did, and I ended up making this: We're making our own command line tool for Glitch, and it's called Snail.

It’s dedicated to people who have their own computers but who still want to use Glitch too.

More recently, I’ve been working on building a newer suite of software for Glitch project containers in order to enable more-recent-than-six-years-old stuff to run. Here’s the latest on that:

Last thread: Things encountered while building nixpkgs 22.05 Now that all these various incompatibilities with Glitch are patched up, I’ve been able to build several more packages other than the nix package manager itself. The target I’m going for is a slight modification of set of binaries built for the so-called “small” channel. The modifications include: drop certain system packages that we wouldn’t be able to use anyway, e.g. the Linux kernel use non-GUI variants of packages, e.g. emacs-…

High five to anyone else who’s gone down the Nix rabbit hole before as well as the folks who gravitate towards expanding what Glitch can do rather than building actual applications.

been meaning to ask - where did the name snail come from?

one time when the community asked for official API docs (among other times, but this one stuck in my mind), the answer was to the effect that the API was changing too fast to write down in a public facing doc

hi! chiming in here to note that these api docs are unofficial and not from us at glitch. we plan to have a publicly documented api in the future but right now things are changing so much that it’s not something we are ready to support officially!

the limited goal of Snail was that I’d do my best to keep up, but realistically that would be a pretty slow pace. so I named it after an animal that’s known for moving slow.

oh and it lives in a shell too, which you might also say of a CLI tool

these days the main parts of the API that Snail uses don’t change often, and I’ve kept up with it 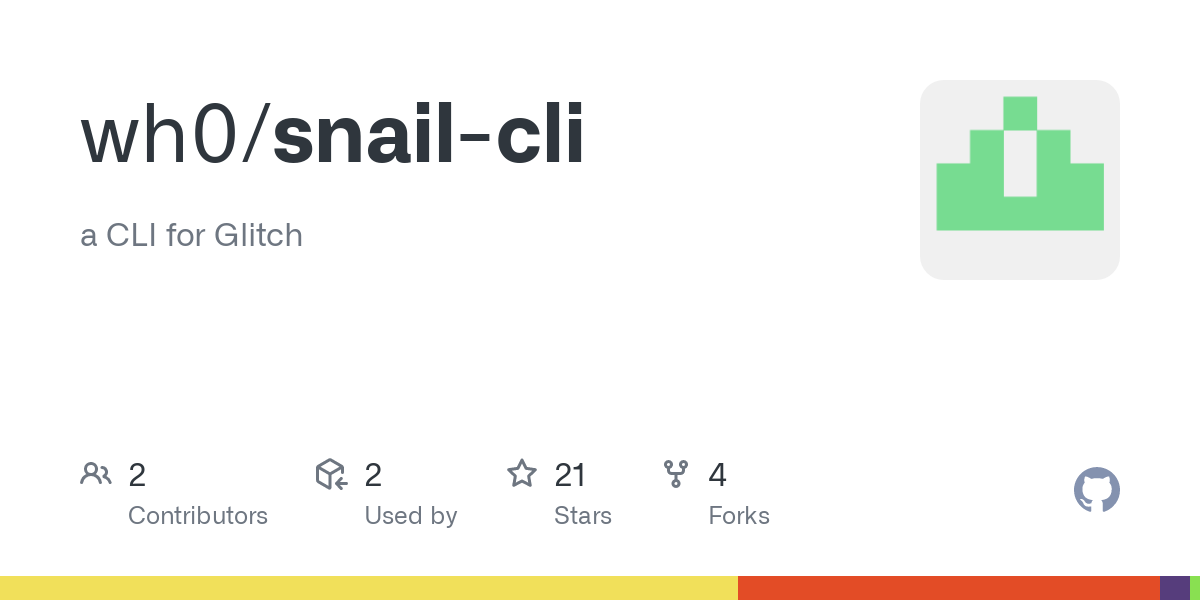 a CLI for Glitch. Contribute to wh0/snail-cli development by creating an account on GitHub.

“and it lives in a shell” love that!!

Hi! I’m David and I still come here from time-to-time or when I just want to look at projects. I’ve used Glitch since around October 2019. I’ve used Glitch from personal little side projects to projects that I and others still use today. I guess some of my most notable have been honeypot, awesomenotebook, hello-email, this-month, and rocket11ty, which is still in use by some blogs today!

Oh, @aboutdavid I forgot to say that I’ve made a copy of your this-month website and added some nice styling. It’s still WIP, check it out if you want: https://this-month-on.glitch.me/.
Also, it has a feature that alerts you if it’s a rickroll. It works by someone manually adding the #data-rrll tag to any topic. Then, I need to refresh the database and done!

I’m the other Jenn, Jenn Turner, working at Glitch by writing and thinking a lot about this community. I’m sort of an internet native who never really got into coding, other than to get by. I learned by experimenting with GeoCities and dorking around with HTML in my Myspace profile, etc. I’m still trying to figure out how to use Glitch in ways that are helpful and entertaining, so the work that you all do is very fascinating to me!

I’m very happy to see rickrolling is still alive and well — even my 14 year old kiddo knows who Rick Astley is, I love it

I’ve very happy to see rickrolling is still alive and well — even my 14 year old kiddo knows who Rick Astley is, I love it

I’m still trying to figure out how to use Glitch in ways that are helpful and entertaining, so the work that you all do is very fascinating to me!

Hi! I’m Jesse — I joined the forum almost five years ago and I’ve been working at Glitch for the last year and a half or so leading product.

What else? Back to school? Yes! But for my kids not me. I really like breaking/fixing things, weird music, and rainbows. Oh and snacks. Snacks are great. I don’t code nearly enough anymore but when I do it’s a mixed bag of JavaScript and front-end.

Hiya! Sue here, I live in Glasgow and work on developer experience at Glitch, I love learning and helping other folk to learn, which may or may not be because once I’ve learned a wee bit about something I get bored or it starts getting too hard and I want to switch to something else.

and I think my favourite apps are ones that use randomness for some kind of funny effect, like this one: 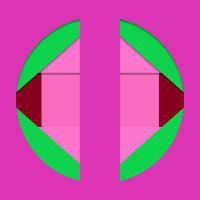 The schedule for an endless tech conference

I’m Casey, an engineer here at Glitch. I joined last year and have found myself working all up and down the stack, which has been an exciting journey for someone who was specializing pretty heavily on the API layer in my last few jobs.

I was a longtime admirer of Glitch but only fairly recently buckled down and learned enough Javascript to pick it over the other languages I used more often, so I only really started “using” Glitch in earnest in 2020 to learn some React and Vue. Prior to that I was making a lot of Twitter/Mastodon/Discord art bots in Ruby.

I’m not in school but I’m on a slow path to learning Japanese because I have some friends who speak it and also dream of playing some of my favorite retro video games in their original language!

Hey y’all, I’m cori. Less active on the forum than I used to be, I’ve been with the Glitch family of companies for a bit over five years. I used to do a lot of support things until they kicked me out

and now I work on platform and infrastructure.

With two adult-age kids (one still in the house) back to school doesn’t mean quite the same thing here, but we do like the fall here in the upper midwest of the US.